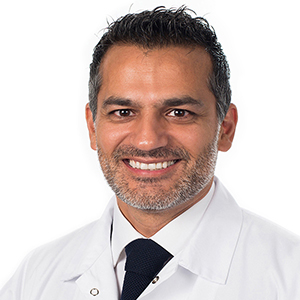 An attractive young woman can turn into a plastic doll in the wrong hands:

Plastic surgery is an extreme intervention, but even Botox and fillers can produce obvious results – look at people like Dolly Parton, Barry Manilow and the late Joan Rivers – whatever they say, nobody believes they haven’t had some enhancements, and they’re definitely not subtle!

Most people don’t want to hear their friends and family asking if they’ve had ‘work done’, but you still want to look your very best – and there’s really nothing wrong with a little help.

Today the enhancements are much more subtle than the frozen face or ‘trout pout’ that made some people look not just like they’d had treatment, but often worse than they started out with unnatural, immobile facial features and an almost plastic look to their face.

Enhancements are good, as long as they look natural and simply make your natural beauty glow. A good doctor or aesthetician will create a look that makes you look younger, but nothing that’s noticeably different.

The ten sets of identical twins that participated include six pairs of women from the UK, aged from 33 to 63, two male pairs of twins, also UK based, both in their thirties and two further sets of female twins in their early thirties; one from Korea and one from Taiwan.

With one twin in each pair receiving skin enhancing treatments and the other not, the results were noticeable.

Gay and Zoe are 63 and have both worked as models since they were 19, with a host of beauty titles too. They are both conscious of the importance of keeping fit and like to look good.

Gay received a course of three Restylane Skinboosters to her face, neck, hands and décolletage. This improved the quality of her skin. She also had Restylane filler treatments to her face to restore youthful volume, focusing on her cheeks and temples.

Despite being a little nervous – and excited – she was surprised by how natural-looking the results were and said “I feel so much more confident that I did before and feel like I have my youthful looks back again. Everyone comments on how fresh and radiant I look, which gives me such a wonderful feeling.”

Zoe thinks the results are “better than I expected.” She added “Gay is so much more confident now, which was a surprise, because I’m usually the more confident one. I just can’t wait to have the treatment.”

What do you think?

You don’t have to be a twin to carry out your own experiment – complete an enquiry form here and a member of our aesthetics team will be in touch. The Riverbanks Wellness® Clinic is easily accessible from Harpenden, Luton and St Albans and, being right on the border of Hertfordshire and Bedfordshire is in easy travelling distance of most of the home counties. There’s a clinic in London too.

Get the latest articles sent straight to your inbox

More from the blog...

Want to get a flat stomach before the summer holidays? 100 Infinite-Thread Lift Patients – 5 lessons learned Dramatic photos from Joanna thanks to VBeam